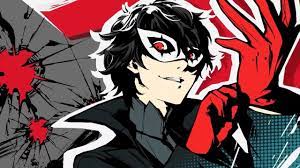 Persona 5 had a lot to live up to since Persona 3 and 4 are my top two favorite games of all time, so my expectations were high.

…And it completely delivered

Written by Knight of Servia

The Persona series has always been that weird niche series that I’ve thoroughly enjoyed since I played Persona 3 almost five years ago. It’s a series that has caused me to enjoy RPGs more than I thought that I ever could as well as helping me cope with the shit-storm that was high school. As soon as I heard there was a fifth game in the works, I pre-ordered it immediately which surprised me because I never pre-order anything anymore due to constant disappointment from the gaming industry. Persona 5 had a lot to live up to since Persona 3 and 4 are my top two favorite games of all time, so my expectations were high.

…And it completely delivered.

Starting with the basics, however, the persona series since the start of 3 have been slice of life games where each day you go to school, do your homework, and build relationships called social links, or confidants in Persona 5, in order for your special powers to grow stronger. In Persona 5, when you are not studying or hanging out with your friends, you are a thief who steals people’s hearts and negative emotions in order for them to see the error of their ways. You do this by either tackling a single person’s distorted cognition which is called a Palace, or you go into Mementos, which is this game’s Tartarus from Persona 3, and attempt to change the heart of those in the general public whose distorted cognitions are not at the level of those in palaces. The game balances all of this nicely in that you do not have to do palaces until the required deadline date, or you can get the palaces out of the way immediately. It all depends on the player’s personal preference as to how they want to spend their time.

As for this game’s battle system, this game takes the best of three worlds from Persona 1, 3, and 4. You are fighting shadows just like in any other persona game. However, this game is different in that the enemies you fight are personas that some may remember from previous games such as Pixie and Angel. You can recruit these shadows into joining your team as personas through negotiations just like in Persona 1.

As for the physical fighting mechanics, the amount of different types of attacks someone can use has increased to eleven, technically thirteen, compared to just eight in Persona 4. The inclusion of a second type of physical attack in Persona 5 made me happier than it should have considering that is the one thing I felt was lacking from Persona 4. The inclusion of Gun as a physical attack again as well as the resurgence of Nuclear and the new attack Psychokinesis are homages to Persona 1 with the first two attacks finally making a comeback after so long. Not to mention, Expel and Curse from Persona 1 make a comeback as well in the forms of Bless and Curse which I always felt what light and darkness personas were missing since they only ever had instant kill attacks and no real way to deal damage. All of these mechanics are relatively easy to understand and the game can walk you through it better than I can explain it.

As for the story, I’ll mention a few things that have slight spoilers in the next section, but I will not mention anything detrimental so feel free to skip that to where I talk about the DLC of the game. What I will say here is that the confidants are full of character development for all of these side characters as well as your teammates and are a great supplemental story to the overarching story of the game.

The story of Persona 5 is drastically different compared to the previous games which is a great change of pace. You are a teenager who has a criminal record due to the fact that you confronted a drunk man who was about to force himself onto a woman. This man, as it turns out, has the power to apparently bribe witnesses and police to do his bidding, so you’ve been shipped off to live with a friend of the family for a year in order to serve out the probation you were unjustly sentenced. While there, you form the group “The Phantom Thieves” which is a group of people who have awakened to personas in order to change the hearts of rotten adults in society. This game’s story is darker than Persona 4’s in that themes such as suicide and pedophilia are addressed within the first several hours of gameplay. There are light-hearted moments when completing Palaces and spending time with your friends, but for the most part, the entire story is pretty dark with it becoming even darker starting around the month of August and continuing until the end of the game.

There are both paid and free DLC for Persona 5. The free DLC includes stuff like playing the game with Japanese audio only and healing items. The paid DLC comes in two forms: costumes and extra personas. The costumes are cool in the sense that you can make all of your characters dress up as characters from other Atlus games as well as changing the battle music. The really interesting DLC, however, is the personas. These are personas from characters in the prior games of Persona 3, Persona 4 and Golden, Persona 4 Arena, and Persona 4 Arena Ultimax. All of these personas are extremely powerful in their own way with my personal favorite personas being end game personas from the previous games. I would say what they are, but they’re spoilers for Personas 3 and 4 so I won’t mention them here.

The music in the game is great with tracks like Rivers in the Desert, Blooming Villain, Life Will Change, and the final boss music being the best songs in the game. The main battle theme, Last Surprise, is really good, but it doesn’t beat these songs here or Reach Out to the Truth from Persona 4. All of the slice of life songs such as Beneath the Mask are great to listen to throughout the overworld of the game as well as the rest of the songs in the soundtrack. This entire soundtrack is definitely worthy of the Persona title.

The only real fault I can find with this game could be classified as myself being nitpicky, but I would highly recommend not maxing out the level cap in this game. Everything becomes a little too easy, even on the highest difficulty. I found myself doing almost too much damage to the final boss with my party members alone. This doesn’t even count the absolutely broken personas you can obtain later in the game. I won’t say it by name, but the most broken physical attacker from Persona 4 makes a comeback in this game. Granted, you can’t fuse it until the literal end of the game, but this persona is still completely busted in terms of sheer damage output and resistances.

In conclusion, this game is well worth the time and effort put into it, and I easily put in 120 hours into this game. Although, it should probably only take 80-100 hours for others if they do not wish to do almost everything within the game. It deserves any RPG fan’s time of day. REVIEW: To The Moon