What would a person give for their last wish to be granted? What if one’s life ambitions could be reached in their final moments? To achieve this is the job of Dr. Eva Rosalene and Dr. Neil Watts, the protagonists of the video game To The Moon.

To The Moon and Back

What would a person give for their last wish to be granted? What if one’s life ambitions could be reached in their final moments? To achieve this is the job of Dr. Eva Rosalene and Dr. Neil Watts, the protagonists of the video game To The Moon.

Employees of the Sigmund Corporation, these doctors are tasked with entering a person’s memories in order to manipulate them, allowing their clients to experience their life’s ambition before their encroaching death.

The game opens with the dysfunctional colleagues being called to the home of their most recent client, an old dying man named Johnny. Johnny’s ambition is to go to the moon, though he himself admits he does not know why.

After speaking to a memory of Johnny, the two journey back through his life to find out both why he has this dream and how they can make it happen. Along the way they learn much of Johnny’s life and his interactions with his beloved wife, River.

River and John met while in school and Johnny came to love her despite her sometimes severe Aspergers. Asperger’s Syndrome is an Autism Spectrum disorder that is described as “on the ‘high functioning’ end of the spectrum” by Autismspeaks. It mainly affects social ability and can lead to obsessive behavior that makes the sufferer fixate on very specific subjects, such as trains or certain books. For River, this subject is the local lighthouse which she named “Anya”, eventually moving closer to ‘her’ with John so that ‘she’ will not be alone anymore.

River’s asperger’s and how others react to it is a major theme of the game. It explores how a person can love and be loved by someone who has a massive difficulty understanding and expressing emotion in a way a neurotypical, someone without a major mental disorder, could. In many ways, it is her relationship with Johnny that actually leads to the conflict of the game and the strength of their bond that leads to its conclusion. The game uses this to form a complex story about how, even if one can not say it, what really matters is the love we have for those dear to us and the memories they leave.

The game was made using a program called RPG Maker, designed to allow anyone to make a role-playing game with both premade and custom made assets. To The Moon makes use of custom assets and an original, beautifully composed soundtrack.

The simplistic gameplay involves wandering around in the environment, finding objects important to Johnny’s life and completing simple puzzles. This marginalized approach allows for more focus on the story itself. Whereas other video games would suffer from this, To The Moon embraces it. The game does not pull the player in with gameplay but instead allows the story to draw one in with a moment based on character depth and interaction.

In his review of the game, Anthony Gallegos of IGN, a gaming news and review website, summed this moment up best: “Some games are utterly mindless and carried by action or gameplay, but To The Moon’s gameplay moments are reliant on the excellent plot.”

With all this in mind, it is uncertain if this game can be recommended to everyone. Those who truly wish to see a heartfelt story told with a charming presentation and absolutely glorious music, would be undoubtedly love the game. Yet, those who prefer challenging and engaging gameplay will find it lacking in depth and action with the few times the story causes dramatic shifts being too little, too late to satisfy. Despite that, the story is one everyone should experience at least once and if a story is what you are in the mood for please give it a look.

To The Moon was released on Nov. 1, 2011. It is available on the Steam store for Windows and Mac OS X. 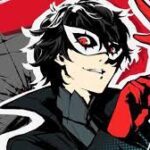