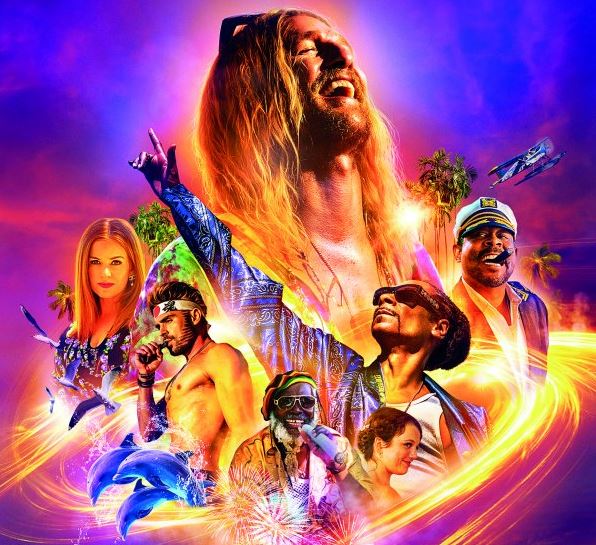 This movie is ok and then Martin Lawrence shows up and he's giving dolphin tours and just keeps talking about how much he loves dolphins. 10/10

Harmony Korine’s last movie, Spring Breakers, was a descent into hell. It had an amount of unwatchability to it and was built more like a piece of music than a movie. I really liked it but I get why some people hate it.

The Beach Bum is not that. It’s more of a meander into farce. It starts out in the world of plausibility and while not like super serious it not really a pure comedy either. As it goes along it starts to get more and more ridiculous. And then Martin Lawrence shows up and the movie becomes goddamn ridiculous and hilarious.

It’s interesting because The Beach Bum is a fun time despite the fact that it really has no respect for its characters. This is a movie about a parasitic schmuck who lives in a world where everything works out for him.

The structure of this movie is kind of like if you took a shaggy-dog mystery thriller and pulled out the mystery and any tension. Just this string of episodes as our main character Moondog, played by Matthew McConaughey, drifts through life. And when I say he’s parasitic I don’t just mean that he lives of the kindness and of his family and the people he meets, he also takes phrases and personality quirks from his encounters with them. Which might be a commentary about art or something I dunno. Moondog is a poet after all.

It’s a much less ambitious movie than Spring Breakers, but Harmony Korine’s directorial talent and style are still apparent in a similar way. It has some of the musical quality and vibrant color pallet. But it’s a very different world despite also taking place in Florida.

This is a world where everything always works out for Moondog. That’s the defining quality of the world of this movie. Everyone likes Moondog, even if they’re mad at him and even though he’s gross, they all think he’s great. And while bad things do happen in the movie to the people around him, somehow it’s never all that bad for Moondog. When I say there’s no tension, it’s because the movie is actively removing tension from situations and scenes where there easily could or even should be tension. This becomes more pronounced as the movie goes along and things become less and less plausible and more and more ridiculous.

Martin Lawrence certainly stole this movie for me in his brief appearance, but I should also point out that Snoop Dogg is tremendous and Isla Fisher, Jonah Hill and Zac Efron are doing good work.

I don’t know if this is movie that will stick with me (… actually Martin Lawrence and his cocaine addicted parrot will almost certainty stick with me.) but I can say that I certainty had a good time.