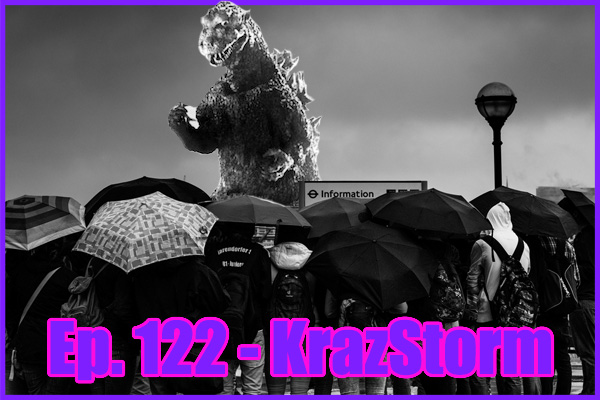 Godzilla roars back into our hearts with the new 2014 release. How was it? Well, we talk a solid hour or so of it (including what some might call spoilers but, c’mon, you aren’t going to a Godzilla movie for “story”, right?). Transistor was released literally 12 hours before recording this so Nathan has a few opinions on it as well as some thoughts on Maximum Overdrive and World War Z. Paul is getting closer to finishing Dark Souls 2 and talks a bit about The International 4 (eSports, new hotness).
Also, Google possibly buys Twitch or something. Does it matter? We have a few thoughts!