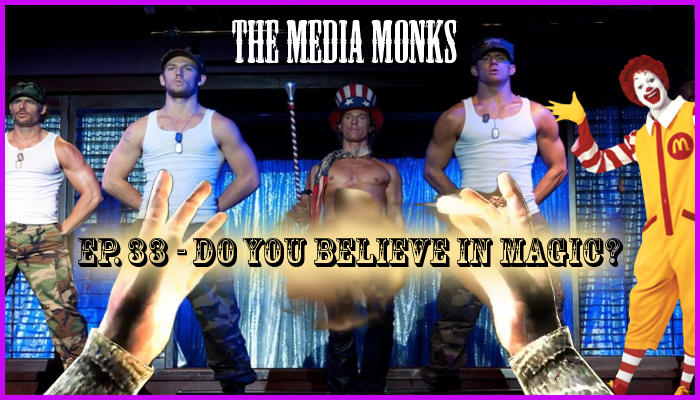 Media Monks
The Media Monks: Episode 33 - Do You Believe In Magic?

Guest Marc (or md7 as some people may know from the Tale of 4 Idiots videos) and introduce their new intro theme, compliments due to Naveen of Retros Finest. Paul hasn’t really done much but go to work and sleep so it’s up to Nathan to take it away with the media consumption and ends up talking more about Skyrim for awhile. Luckily, he was able to pull away from Tamriel long enough to go out and see three major releases including Brave, Magic Mike(yes, that male stripper movie) and Ted. Marc has been in somewhat of the same situation as Paul but describes some Sins of a Solar Empire: Rebellion and helps Nathan out with some advice on feeding his cat.