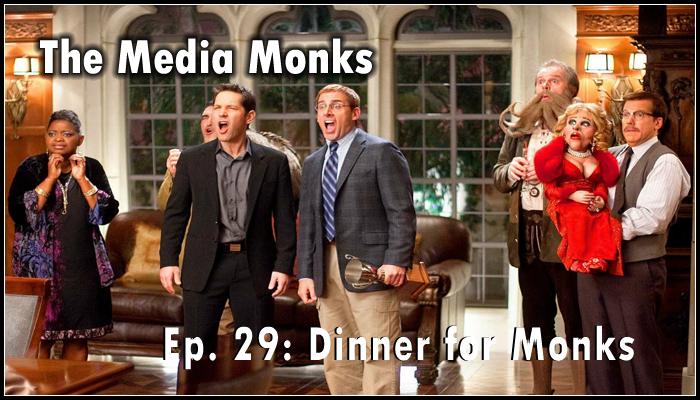 We gotta be completely honest with you, not much happened this week! Nathan’s been planning his trip to E3 and in doing so was only able to watch Dinner for Schmucks between playing a whole lot of Metal Gear Solid 3: Snake Eater and starting with earlier games of the series after completing it. Paul hasn’t done much better, only watching The Grey while playing some indie games he wasn’t too fond, specifically one entitled Bureau: Agent Kendall. I guess we talk about the awesome Humble Indie Bundle V that came out a little bit.

Also, Nathan finds out the finer points of internet debate when he gets sucked into a heated discussion on turkey and ham sandwiches. Enjoy!