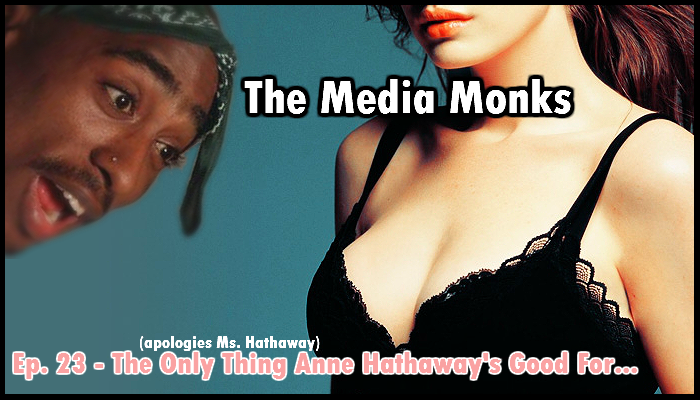 Media Monks
The Media Monks: Episode 23 - The Only Thing Anne Hathaways Good For

Nathan’s back with stories from his road trip to Coachella and we talk about the finer points of music, road trips and of course bringing the dead back to life. April 20th (or “4/20”) happened which sparks some conversation about marijuana, Hitler and that stupid KONY2012 “Cover The Night” campaign… all while we show how ignorant we are of the *ahem* “holiday’s” origin.

Paul neglects watching Game Of Thrones yet again and instead throws in The Devil Wears Prada and makes him call into question any real worth to Anne Hathaway besides when she exposes her chest… and speaking of chests, he continues to watch 2 Broke Girls simply to creep over Kat Dennings. Being the scholar that he is, Nathan instead waxes poetic about more Herzog with Into The Abyss and shares Paul’s passion over the latest episode of Community while berating the United States for their lack of recycling.

Oh, also a dog being set on fire and dying prompts Paul to seek a lifestyle change with the Calgary Humane Society.