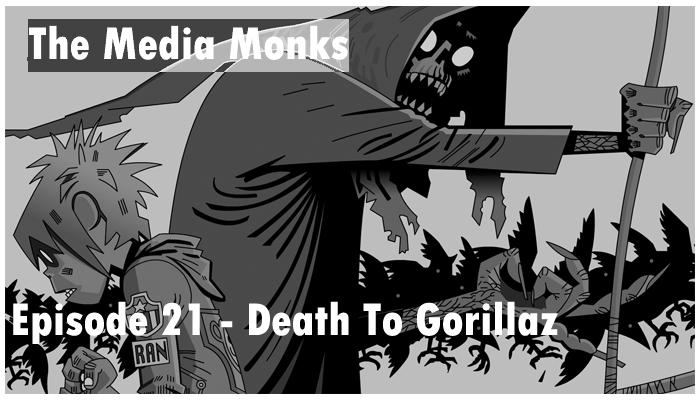 Some technical issues this week. About an hour in Paul’s connection completely dropped out and there was a good hour-and-a-half of time between the initial recording and the ending.

This week, Nathan is leaving for a couple of days to drive down to the United States of America for some small thing called Coachella or something to listen to some rap music. We get talking a bit about some of the bands we’d like to see at Coachella and come to the conclusion that we would see completely different things were we both there. Odd Future gets some follow-up with Paul, who still doesn’t like it and we talk a bit about Damon Albarn basically saying that Gorillaz and Blur are over, much to our despair. Nathan watched a rather entertaining Assault on Precinct 13 type Indonesian film called The Raid: Redemption and praises the good times he had watching television series episodes that Paul needs to catch up on. Paul has been spending a lot of time reading and listening to some different view points on random stuff, including a youtube content creator name TheAmazingAtheist which sparks a conversation about politics, feminism and, of course, Religion and God(s). To finish up, Paul discusses some fun plans for next week’s episode due to Nathan’s absence.