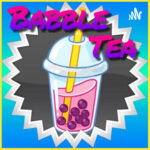 Ryan started acting at the young age of 5 years, and has been performing ever since. He played drums in a female-fronted political punk band called Overated for 9-years, before shooting his first full-length film, “Thankskilling”. Overated toured all over the Midwest, appearing with bands such as The Riverboat Gamblers, The Misfits, Killola, Strike Anywhere, and many more (see website).

During that time, Ryan had a huge interest in film, attending Ohio University in 2005, right after high school, for a short amount of time, working as a sound tech for various college projects. One in particular, called “Pinned”, directed by Patrick Norman, was favored by Ryan. He is residing in Columbus, OH where he runs his record label, REF Records, and performs as a nerd-core hip-hop artist that the locals know as “Huge Euge”.

Eno Metzo from The Awful Gamer joins Paul as they talk to Ryan Francis, known by many in the B-Rated indie horror fandom as “Darren the Nerd” from ThanksKilling and Huge Euge to his local nerdcore hip-hop fans. We talk about how great “shitty” indie horror can be, Ryan’s upcoming projects (including something involving becoming a juggalo) and even Final Fantasy VII!