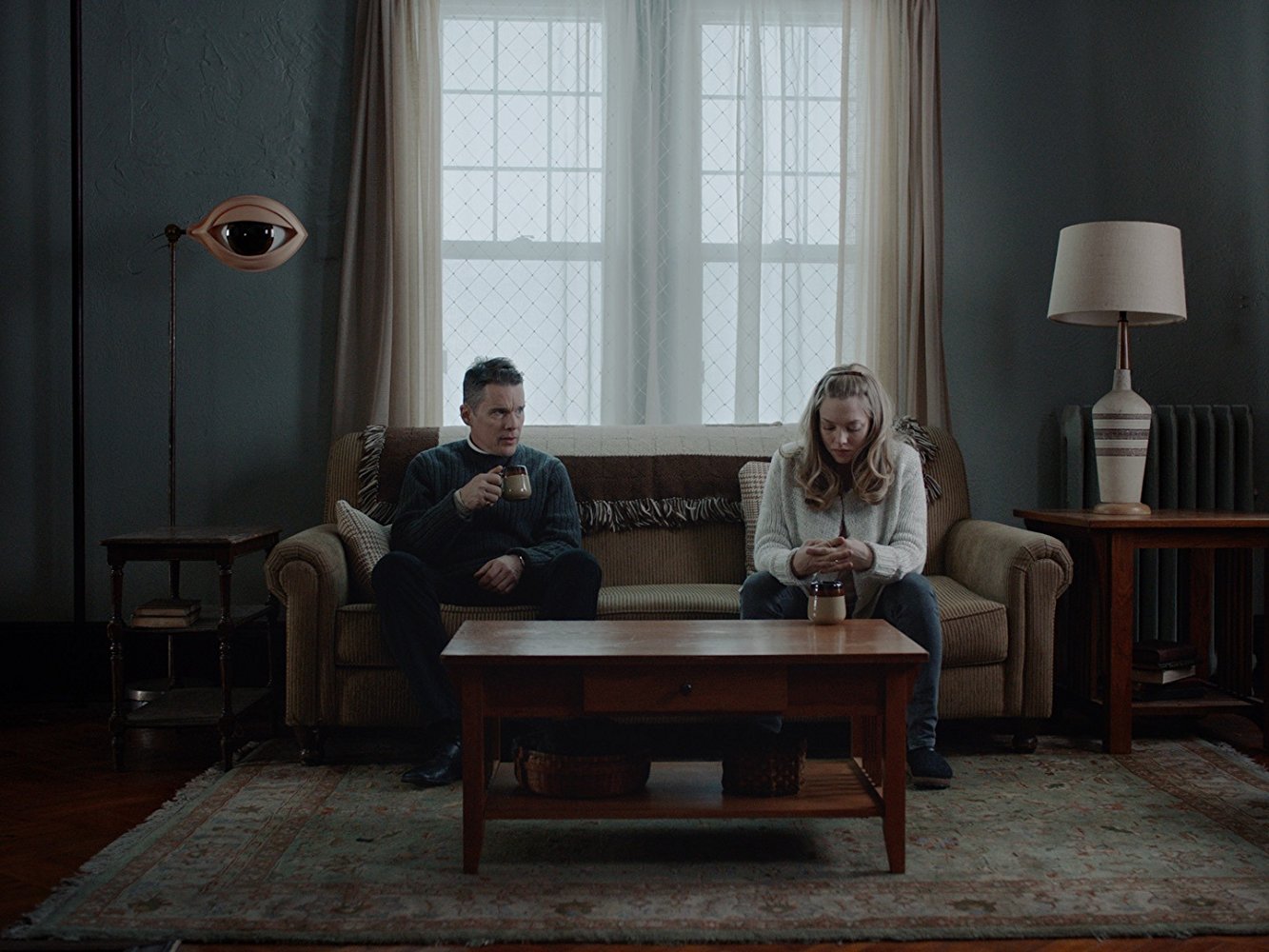 Ethan Hawke is great but this movie never justifies itself.

For the first third or half or so of First Reformed I was in, and that’s completely a credit to Ethan Hawke who carries this entire movie. Unfortunately eventually the strength of his performance buckles under the weight of this film’s bullshit.

That’s not to say he’s the only good performance either though. Amanda Seyfried and Cedric the Entertainer also fill their roles pretty well, but this is Hawke’s show.

It’s hard to get into why it doesn’t ultimately work without getting into spoiler specifics. But lets get to some more general stuff first.

This movie is very well made and well shot… to a point. Which is part of the whole thing with this movie, where it’s very good until it loses me entirely. There are too many shots, and one sequence in particular that are just way too cute. Schrader is showing off and drawing attention to stuff in a way that’s so heavy handed it’s annoying and he does it enough that eventually I had just had it with the movie.

There’s a specific sequence, and if you see the movie you’ll know 100% what I’m talking about.

I kinda feel like I just don’t get this movie. There’s a huge environmentalism theme through the movie, but it’s so tied into the suicide theme that I don’t even really know what to make of it.

There’s also a large extent to which this is just Paul Schrader trying to make Taxi Driver again and he doesn’t even really get close to recapturing the power of that movie. On an emotional level the movie only worked for me up to a point.

There are moments I liked. We learn that Hawke’s character has cancer by watching him take an uncomfortable piss. After he lashes out angrily for the first time it immediately cuts to him saying in his internal monologue “I feel better.”

But this is a character piece and the emotional arc didn’t work for me. That’s a deal breaker. The darkness Hawke’s character struggles with never feels dark enough. Also for a movie that has a line about how depression isn’t tied into logical thoughts, it sure does then spend the rest of its time tying depression to environmentalism arguments to the point where it doesn’t feel like actual human conversation anymore.

It’s a movie about emotion that just ends up being a bunch of hot air.