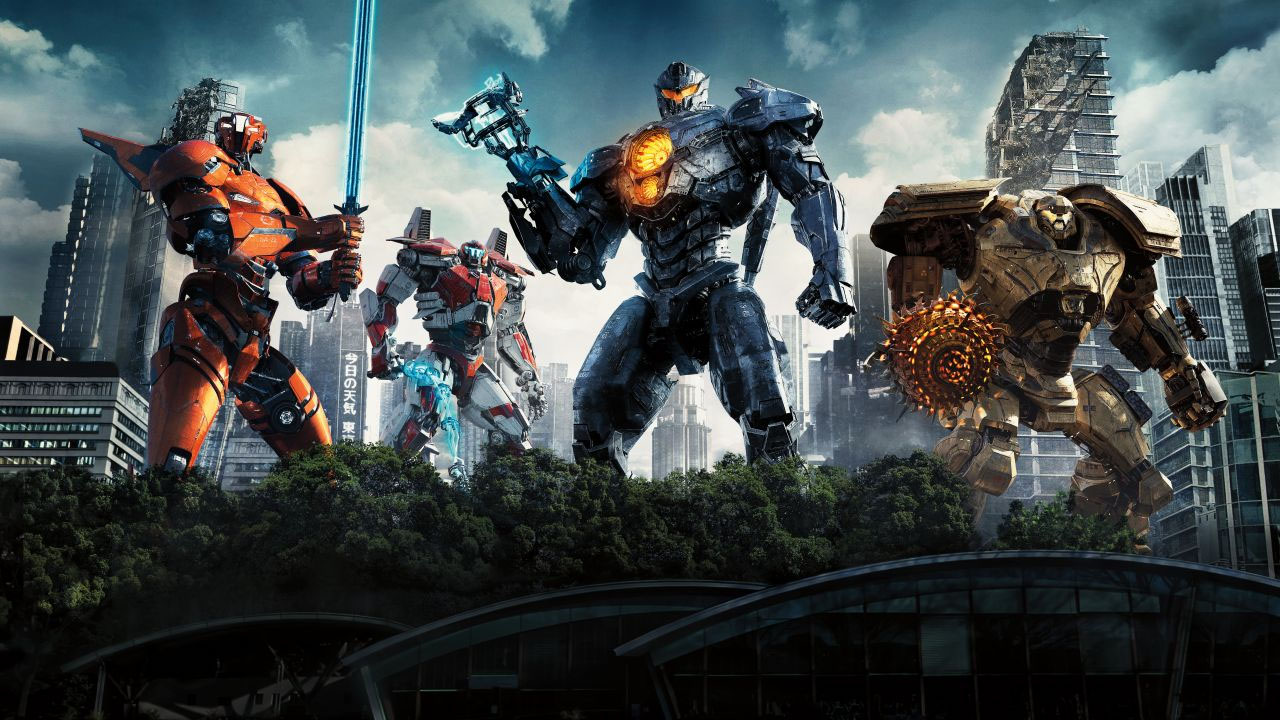 They made another one of these.

The original Pacific Rim is a movie that I have conflicted feelings about. There are moments in it that I think are truly great, scenes that will live with me forever; but I also think a lot of it is pretty bad. While I enjoyed this sequel, it also helped me clarify what makes the original special by failing to recapture the magic.

And the big thing is the weight of moments. The impact of meaningful hits in fights, the emotional beats pf the story, the skeleton of the movie was incredibly strong and solid. The script itself and the stuff tying it all together was what I was disappointed by, particularly because the high points were so high.

Uprising just doesn’t get to those high points. There are 3 times where this new movie tries to recreate the best scene from the original where a small Japanese girl runs from a Kaiju alone, and all 3 times they completely fail to even get close to making something as memorable. It’s like they knew that it was a great scene but did not understand why.

In a lot of ways this feels like next week’s episode of The Pacific Rim TV series that doesn’t exist. It’s obviously more ambitious than that would be, but there’s IP management and an overall safer approach to the devastation that feels more like serialized TV than a movie.

In the original, side characters we didn’t know or care about just got slaughtered but in Uprising the casualties are much more selective with an eye towards tugging at the heartstrings. This makes the stakes feel much lower even though they are theoretically as high if not higher.

This sequel feels unnecessarily complicated; there’s also too much dumb character drama for the setup. I think the film would have been stronger with the plot streamlined and that runtime either cut or replaced with another fight.

This isn’t as well made a movie as the original, Steven S. DeKnight is no Guillermo del Toro, but it’s fun and splashy enough to be a good time. I just don’t think it will stick with me the way the original has. If you liked the original or are a fan of the giant monster genre it’s an easy recommend. As far as being a movie about teens with attitude fighting giant monsters it’s certainly better than all the Power Rangers movies.

SLIGHT SPOILER WARNING P.S. My most nerdiest nitpick: If you’re going to do End of Evangelion FUCKING DO END OF EVANGELION. God, I wish this movie had just fucking gone for it. There’s like one scene with Charlie Day where it seems like things are gonna get weird and it’s a great scene, but nothing really comes from it and it just ends up telegraphing the way the movie’s going to go in a harmful way to the movie even though the scene itself is good.

I wish this movie were weirder.