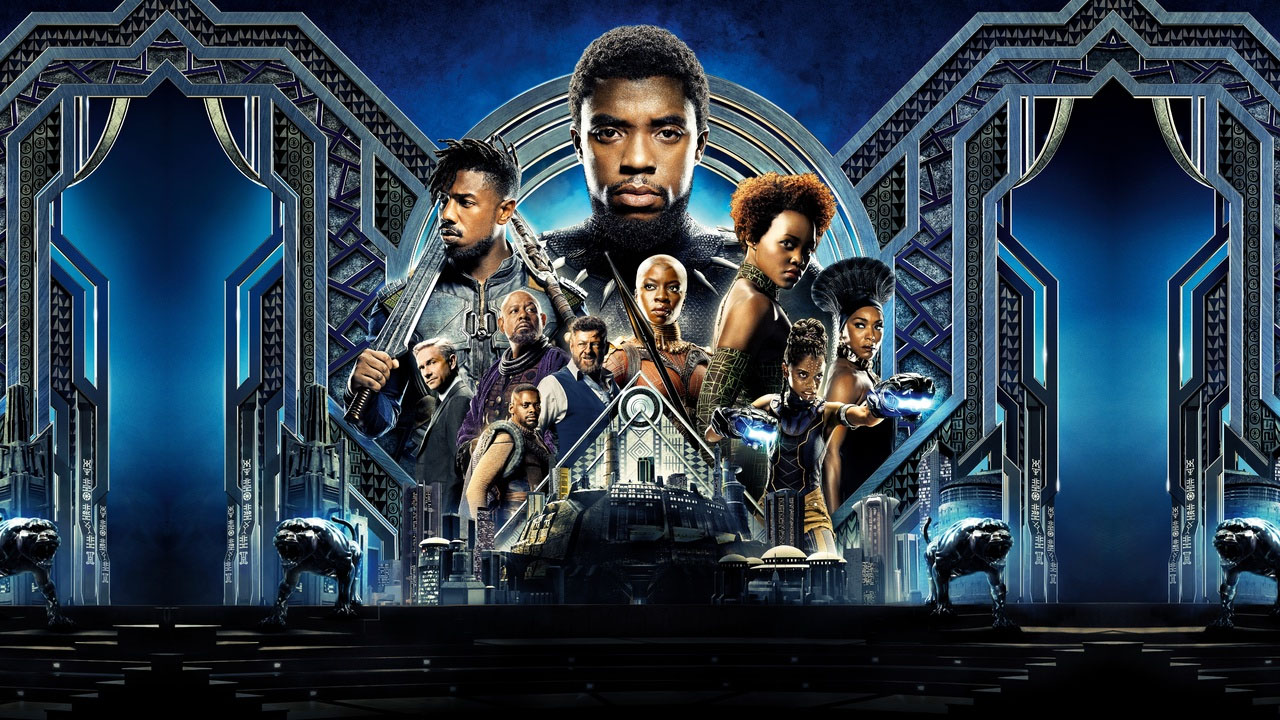 Black Panther is good, but I can't help but feel like it could have been great.

Let’s get this out of the way: Black Panther is very good. It’s really well made and one of the best movies in the Marvel Cinematic Universe. There’s nothing in it that I’m going to point directly to and say that was just completely bad, the pieces are all good. However it just doesn’t all add up to as great a movie as I wish it had. Ryan Coogler is a great director and he did a really good job, but I think his best movies are still ahead of him; Black Panther 2 is going to happen either way but if Coogler wants to make it I think he’ll make a better movie the second time around.

There’s just so much machinery that this movie has to work through. So much to establish and set up, so many characters to introduce. And a lot of that doesn’t serve to simply help this film, which makes it feel bloated. The biggest strength of MCU as far as I’m concerned has been its ability to bypass that kind of work in its latter movies. Thor Ragnarok got to use Asgard as a jumping off point to soar to crazier heights and Black Panther doesn’t have that luxury, everything about Wakanda and its history has to be established here.

Black Panther is a Marvel superhero movie, it’s a James Bond movie, it’s a political drama, it’s a coming of age story, it’s a civil war, and so it ends up feeling a little bloated. It takes a little long for the main villain to come into the picture. The ambition is there but I wish it were all a little sharper.

This is also a case of the villain being more charismatic than the hero. Chadwick Boseman isn’t bad, but Michael B Jordan just fucking kills it, honestly feeling completely overqualified for the role he’s in. This is a movie that makes you go “Hey this Killmonger fellow has some good points” but ultimately Jordan is playing a character call Killmonger and so the ceiling on the amount of depth he and Coogler can draw out of this character are limited. Also, despite the victories he does achieve in the movie he doesn’t really accomplish that much.

This is partially just personal taste, but for me Killmonger and T’Challa don’t hate each other enough. Captain America and Iron Man are both heroes and friends and I felt more animosity and anger between them in Captain America: Civil War than I did between the hero and villain here. Black Panther is a better movie overall than Civil War but it misses the mark on that one thing that made Civil War really connect.

Killmonger just isn’t focused enough; he’s mad at the world at the idea of the Black Panther instead of T’Challa himself or any particular person. This is sins of the father situation, which also hurts on the other side of the coin in that T’Challa has more empathy and pity for Killmonger than hate. (He never fights Killmonger with the same vigor he showed against the Winter Soldier.) That combination just doesn’t really do it for me.

For me this movie would have worker better if Killmonger has simply been more focused on destroying T’Challa personally rather than starting a Black revolution across the world, or if Killmonger had really done something evil to hurt T’Challa emotionally so that T’Challa was fighting with anger in his heart rather than just pity and duty. Michael B Jordan’s performance is phenomenal but it’s this one thing that keeps him from being the best villain.

Other than that, I think the weakest part of the movie is probably Martin Freeman’s character Agent Ross. Again, not that he’s bad, he’s just kinda boring and I can imagine a better character filling that screen time. Though I do kind of appreciate the meta joke of him being the token white character.

The cast is solid all around and I appreciate that they found the room multiple female characters who get to do stuff. Lupita Nyong’o, Danai Gurira, and Letitia Wright are all very good and the movie gives them their own moments.

So yea, Black Panther is a good Marvel movie, but it never quite sheds the baggage that comes with that (I mean it does come down to a fight between two characters with exactly the same powers. It’s still kinda just Iron Man again). I also don’t think this story archetype is the best fit for Black Panther, I think he’s at his best when he has to make tough choices as a king, putting him in a situation where he’s the plucky underdog is ideal. And that goes for Chadwick Boseman as a performer as well, I think he’s much better at carrying himself with authority than he is at being conflicted and weak.

I do not think we have seen the best of Black Panther in a movie yet and I’m established as being in for whatever Ryan Coogler and Michael B Jordan work on. I look forward to what’s to come.