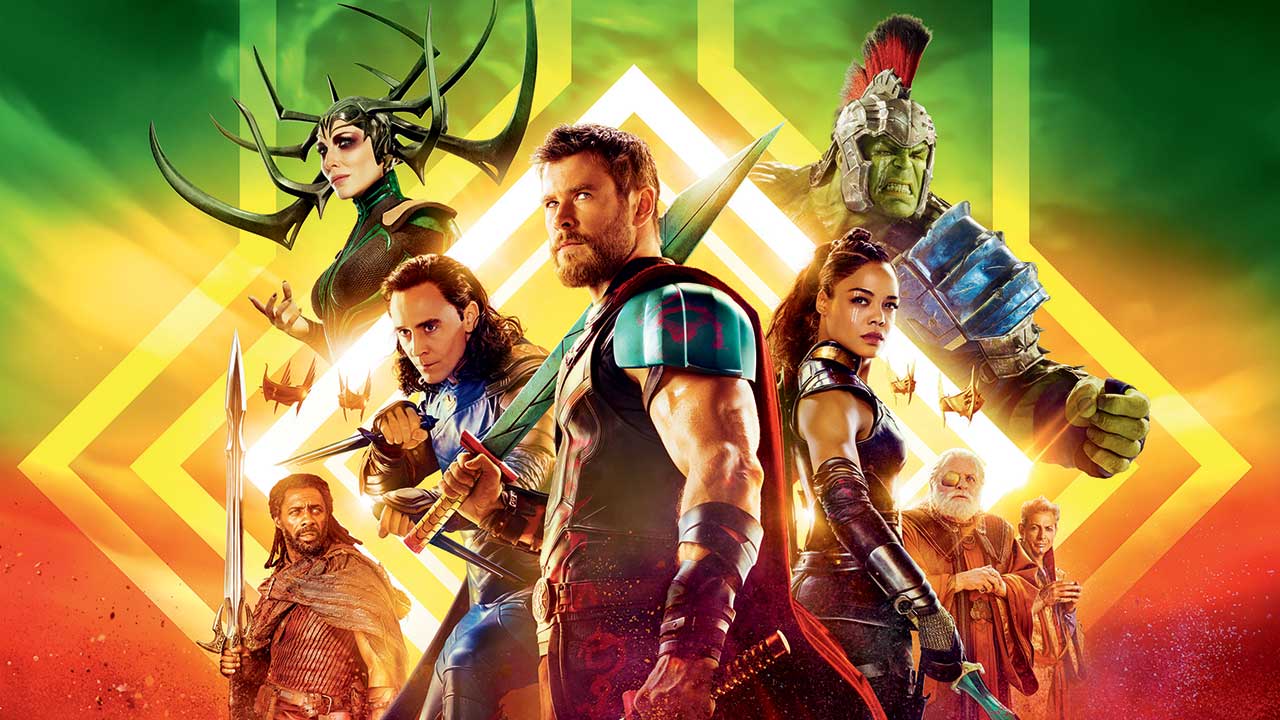 Thor: Ragnarok is a delight, spectacular and exactly what I wanted.

They finally got it. Thor: Ragnarok is not only easily the best Thor movie, it’s up there for best Marvel movie period (depending on taste at that point I think). My criticism of the Marvel movies in general has been far from the standard complaining about over saturation; the problem was that Marvel was making samey retreads because they were still kind of clueless about what makes these movies compelling. And the go to in Hollywood when something works but you don’t really know why is to just try to do it that same way again.

But the power of these stories is their mutability and ability to scale. They can fill any space if you use the pieces correctly.

Thor Ragnarok captures the scale and power of what makes cosmic Marvel comics great and fun and it does so over its entire runtime, not just at the end. There’s just so much great spectacle here.

Guardians of the Galaxy 2 got weighed down by character drama and sentimentality in ways that drove them apart, when the movie was at its strongest when they were together. Thor: Ragnarok doesn’t have that problem, there’s no piece of it I want to cut out because I think the movie would be more fun, or rewatchable without it.

This is a movie that builds off you know who Thor and Loki, and the Hulk are, and what Asgard is. It leverages its place in a world to benefit itself time and again, and never makes that other material feel like extra baggage on this story. This movie doesn’t feel beholden to anything, It makes a big fucking mess smashes all its toys together and then tell you to move on with what’s left. This is the most ambitious of any Marvel movie.

It’s also just really funny, consistently, which is another reason it feels like an actual comic book. It was written by Craig Kyle and Christopher Yost who, as a writing duo, have written some of my favorite comics. And it was directed by Taika Waititi (What We Do in the Shadows) who really understands how to film comedic dialogue.

The big cast additions are all great assets. Cate Blanchett as Hela is an immediate villain standout full of personality and anger. Tessa Thompson knocks it outta the park playing Valkyrie. Karl Urban is a fun addition playing the pathetic Skurge. Jeff Goldblum is in this movie a bunch and it’s great. And just having Hulk in a Thor movie is magical.