So these last three shows aren’t really related but there are some creative through lines of people who worked on all of them.

There’s a lot going on at once with Teen Titans: there’s the dynamic energy of the animation, the humor that really hits, and also really good dramatic arcs that play out over the course of each season. They also conceived versions of these characters that don’t really play quite like their comics versions, that feel like this is how those characters were always meant to be. A big part of that is that the Robin of this series, whose real name is never explicitly given (even if there are some Dick Grayson hints), is drawing primarily from the comic book version of Tim Drake. AKA the best Robin; the Robin who became Robin because he figured out who Batman really is and decided that there needed to be a Robin. That crazy determination; the mix of intelligence, obsession, and insanity, that makes for one of the best characters out there.

This show is pulling a lot of its big story lines from The New Teen Titans series that Marv Wolfman and George Pérez made in the 80s, but having read those comics, this show does a way better job at telling those stories. These versions of the characters are much more appealing, and the streamlining of the plots gets to core of what worked about them better. The series also gets into Justice League Unlimited levels of support characters by the end, and it’s always great to see really obscure characters get their moment.

The show does come down to an ex machina a little too often for me, but that’s a minor complaint for such a fantastic show.

Obviously it’s a daunting task to create another animated version of Batman in a world where Batman: The Animated Series exists, and for me this is the one that’s done the best job. It does so by going back and pulling more from the silly Silver Age Batman, Batman ’66, AKA Adam West Batman. There’s a simple premise that works behind that idea, Batman is the straight man to the crazy world around him. It also means pushing harder into a Batman who’s prepared for every situation and borderline infallible. So he’s still unmistakably Batman, it’s just that his villains and adventures are more colorful and ridiculous. And this modern take on that idea really works for me.

The show is built around having Batman teaming up with a rotating cast of other heroes, allowing them to get to aJustice League Unlimited sized full roster by the end of things. There’s also a short cold open adventure before the theme song, that allows them to get to really crazy ideas that maybe aren’t worth a full episode.

There’s some inconsistency dependent on the characters appearing. Some of these characters don’t quite measure up to earlier animated version, but some of them are better, and delightfully enough Booster Gold and Skeets are exactly the same. This is the hands down best version of Aquaman. It was also really neat that the show incorporated the more recent (especially for the time) Blue Beetle, Jaime Reyes, played by Will Friedle who played Terry McGinnis onBatman Beyond.

When this show hits it really hits. Like with the Superman episode that tries to cram in as much of the famous silver age Superdickery as it can and then caps it off with The Dark Knight Returns Batman Superman fight, with Krypto thrown in for good measure. This show really goes for it, and I really appreciate that.

This show is great, and the only one of these shows that is currently ongoing.

A big part of what works about it is that it has that same fun energy in its animation that Teen Titans had. Its the most vibrant visual spectacle of any of the TMNT TV shows. Combine that with great ongoing plot building that lies on top of more standard villain of the week plotting and you’re just left with a solid show. I can’t say this is necessarily the best version of most of these characters (The current IDW comics are a hard act to follow), but some do stand out; like, this is my favorite version of April O’Neil.

I have minor issues with it, like how New York City is always deserted, but overall it just works. This version of the Turtles and company is just really charming. Ultimately while it doesn’t resonate with me at my core the way the original cartoon does, I think this is the most successful adaptation of the Turtles outside of comics.

It’s not as good as the IDW comics though, man that series is great.

Obviously there are plenty of shows I left off here, and if you wanna know why I don’t think they’re that good feel free to leave a comment or hit me up on twitter of discord. I’d be happy to talk about it. 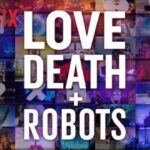